Why You Should Visit Pamplona, Spain 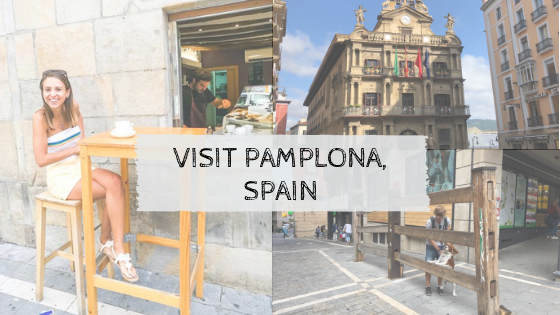 Hear the city “Pamplona” and everyone thinks of bulls. The Bull Run, The Bull Fight. But there’s so much more to Pamplona than just that. Ernest Hemingway’s first obsession and a city he held so dear, it’s not hard to see why.

Even when the bulls aren’t thundering down the streets with the cheers and screams of the townspeople, Pamplona is still a fascinating and vibrant place to visit. Pamplona is certainly captivating.

Other than being home to the famous “bull run”, we didn’t know anything about Pamplona either. It was somewhere we headed to purely because it was a name we recognised and we were already going to pretty much drive through it, it made sense to stop and take a look.

Pamplona is in the North of Spain, it’s the capital of the Navarre autonomous area. Navarre truly is a beautiful region in Spain. Driving through the North, it changed so drastically. From green silhouettes of the Pyrannese to low river plains. The diversity was incredible. It was even more noticeable since we’d just came back from our trip to Sevilla and Granada, and driving through the Andalusia region, there are not a lot of changes!

Considering it was the height of summer, the morning was cold. The chill in the air punished me for wearing a strapless top and bright yellow skirt. I stood out. Passing me by are locals in coats and trousers, how was I to know? It was late August! It’s impossible to believe that once the sun made an appearance, it would soar up to 30 degrees.

We arrived at 8:00a.m and left the car at the Plaza del Castillo. From there, we followed the route towards the beautiful ayuntamiento. The 17th century Town Hall.

Once we arrived in Pamplona, I almost knew I was going to love it. Which was bizarre because it was somewhere that we thought we wouldn’t like, that much.

We ended up spending a little bit more time in Pamplona than we originally planned, purely because it was so interesting. The coloured houses lined the winding cobbled streets that opened into a quaint, but bustling plaza. The streets were filled with people wandering around and meeting up for a morning coffee. 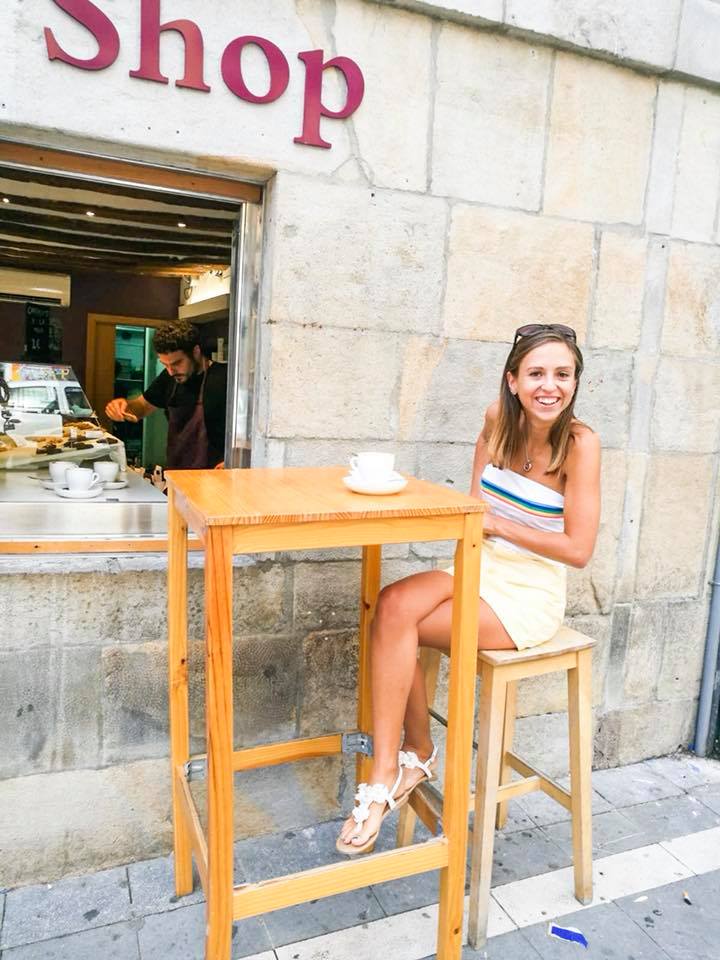 They have a great coffee shop over the road from the city hall in the plaza where there was an amazing deal on cookies and coffee. Who am I to turn down coffee? Who is Alex to turn down cookies? They had bar stools set outside and a hatch to pass your coffee through. The whole plaza felt Spanish. It probably sounds weird to say that, but not everywhere always feels Spanish!

Lined next to the Town Hall is a permanent gate structure, one that is part of the San Fermin celebrations. Walking around Pamplona, you really feel the atmosphere. You can feel like you’re there. You can imagine what it’s like. It feels like San Fermin never stops.

Most places, once a festival is over, it’s over. But, in Pamplona, San Fermin is a way of life. It’s instilled. There’s no forgetting about it until next year. It’s truly their pride. 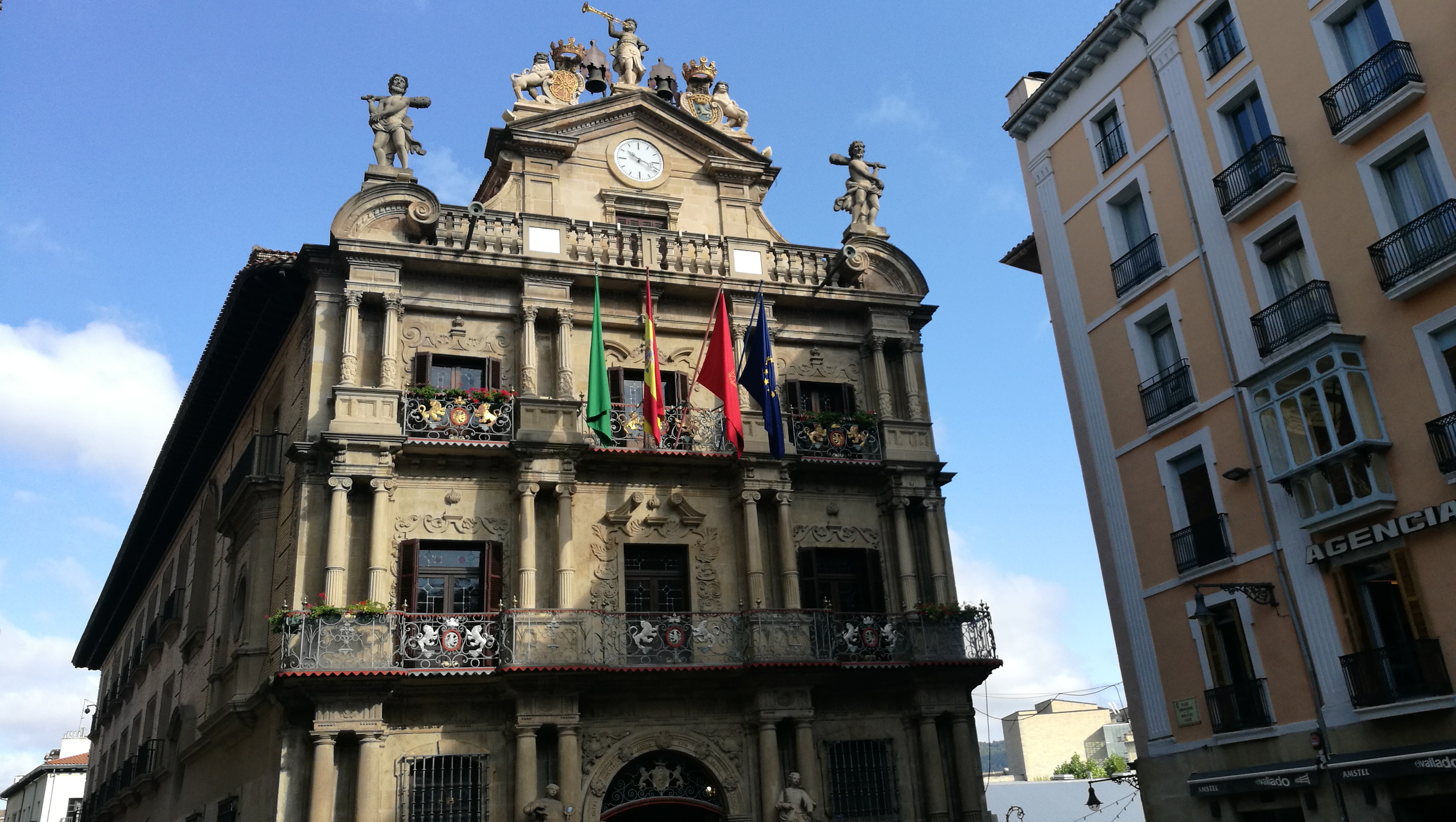 Alex and I weren’t sure about Pamplona, Alex wasn’t even too keen about stopping in Pamplona, but I wanted to go out of curiosity. Once you’re there the city pulls you in. Pamplona surprised me, in the best possible way.

I wouldn’t want to be in Pamplona whilst the Bullrun is happening. I wouldn’t any part of it. But, I wouldn’t be against returning to Pamplona and spending more time wandering around the cobbled, winding and taking in the city. For such a small city, there are so many reasons to visit Pamplona, if you’re in the area.

Pamplona has some beautiful historic sites, especially in the Old Town which is lined with medieval city walls. Pamplona is bursting with history, taken over by the Romans in around 75BC by Julius Caesar’s rival, Pompey, it was named accordingly. 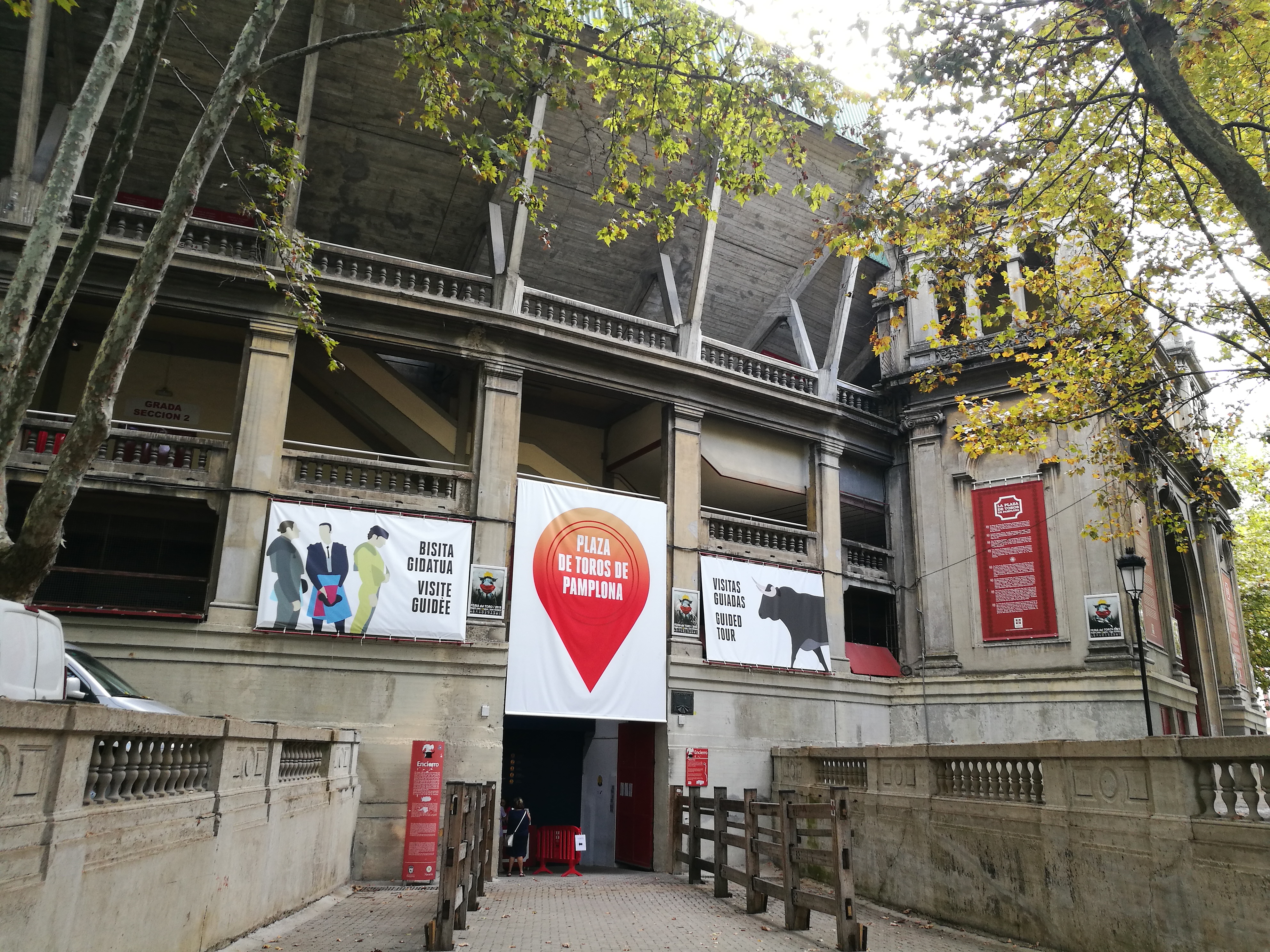 Aside from the Bullrun, San Fermin is renowned to be an amazing festival. With street markets, dancing, traditional music and full-on feasting. The fiestas run from 6th July until 14th July.

Celebrations of San Fermin date back to the 12th century, when it was originally celebrated in October. The festivities officially begin at 12p.m on 6th July, marked by a “txupinazo”, which is basically a rocket fired from the City Hall balcony.

During the week, Pamplona is filled with red handkerchiefs and white t-shirts, which are on sale all of the time! Walk along the shops in Pamplona and everything is geared around San Fermin.

The Bullrun, “encierro”, is the most famous and talked about feature of San Fermin. Every morning during the festivities at 8 o’clock, the runners are chased by six bulls for around 800 metres from the City Hall to the bullring (Plaza de Toros).

San Fermin is a way of life when this is something they’ve always done. It’s celebrated, it’s their history.

Alex’s words to me when he pulled up “but.. you’re sure that Bullrun isn’t on?“. I did have to do a quick Google check first!

Spain is such a foodie country on the whole, so the fact it has a wide range of bars and restaurants is barely revolutionary. Nonetheless, it’s a city that has combined influences from the Basque Country and the Peninsula. It has a variety of pintxos bars and traditional modern restaurants. Pamplona, surprisingly, also has a very vibrant nightlife. Spots that look like garage doors in the day open up to reveal nightclubs, music venues and wine bars.

One of my favourite bits about Pamplona was the cute little coffee shops. Especially the one perched next to the City Hall that had amazing views, a spot perfect for people watching. Not to mention they had a scrumptious coffee and cookie deal. Scattered around Pamplona, like many parts of Spain, friends had met up to drink a morning cafe con leche, it’s a cultural routine that I have been more than happy to adapt to.

There were some places that didn’t feel as welcoming and safe to go to but Pamplona wasn’t one of them. Whilst I definitely stood out as a tourist, it didn’t stop the locals saying good morning and the barista recommending me the best cookie. It’s not often I stand out. But that day, I did.

Pamplona is said to have one of the highest standards of living across the whole of Spain. With a wealth of recreation parks and outdoor space, quality industry, a high standard of education and health system – it’s a desired place to be in Spain. It also has one of the lowest rates of crime across Spain, making it a fantastic choice for a city break in the North of Spain. Friendly and tranquil, it was one of my favourite stop off points on our road trip.

7 responses to “Why You Should Visit Pamplona, Spain”

This site uses Akismet to reduce spam. Learn how your comment data is processed.